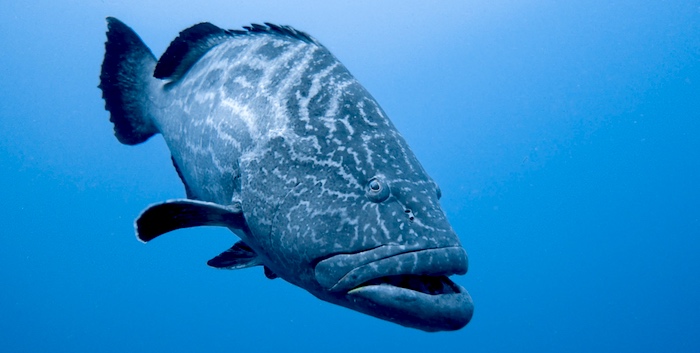 We couldn’t put every fish covered on this page in the title, but we DO COVER MANY MORE Florida fish on this page. Have a look if you’re curious whether the fish you want to catch “fights hard.”

A blue marlin fights hard. A black marlin fights hard. I don’t think anyone would disagree with that. They are massive fish often weighing hundreds of pounds, and they are solid muscle. They have hours of fight in them. OK, that’s one side of the scale.

On the other hand, do Snapper fight hard? Some would say yes, others would laugh. I think most of us when asked if a fish fights hard or not consider the size of the fish, the intensity of the fight, and the duration of the fight. Like a little pinfish seems to fight hard for its size.

Anyway, we’ll take a look at a lot of Florida Fish below to see if they fight hard or not!

Florida speckled trout do not fight hard – not according to anyone’s interpretation. I’ve never heard another angler tell me that a trout fought hard or gave a good fight. Just not going to happen. They are small, weak, and have weak jaws.

If one did fight hard, it would damage itself. We try to be extra careful with Speckled Trout because they are fragile. Be careful to wet your hands too before you pick them up, they are susceptible to infection.

Snapper do fight hard for their size. The bigger Snapper could feel like very hard fighters on ultra-light tackle like 4 lb. test line and a light-action rod. This is one reason the smaller snapper are ideal fish for children to start fishing for. Go to a pier and throw some shrimp bits on a hook and send it down to see what you might get. Even a pinfish will fight hard for a kid!

Grouper fish fight hard. No question. They pull like you just hooked into a 50 lb. dumbell that is trying to pull you off the boat. Big grouper are very difficult to land quickly because they pull so hard, fighting with every last ounce of energy to try to wrap your line around a rock, coral, stick, or anything!

For Grouper fishing you should have a heavy or medium-heavy rod with a strong reel and heavy line. Some people fish with 100 lb. test for big grouper. THAT is how hard they fight!

A big redfish can fight hard. Almost any fish over 25 inches could be considered able to fight hard. The smaller red drum are just not big fighters. I enjoy catching Redfish, they do put up some kind of fight, but it’s more a slow drag. Black drum are really quite fun to fish for. Black Drum fight hard, and they can give you ten minutes of excitement.

Snook are some of the best fighting fish for their size. Snook do fight hard, they fight for a long time in some cases. A snook will strip off some line usually and give you that thrill. They make a couple of runs that surprise you.

Strong pulls that your reel better be ready for or they’ll snap the line if your drag is set too hard. I enjoy catching snook a lot. They’re a fun fish to catch that are easy to find from the shore or a small boat along the coast or in the mangroves.

Sheepshead don’t fight hard. They can wiggle a lot, but to be honest, they’re not going to fight any harder than a speckled trout or a small snapper. I don’t think anyone targets catching sheepshead for the fight, they catch them for their culinary value. Sheepshead are excellent fish on the dinner table, and one of my top 5 favorites for sure.

Yes! Stingrays fight very hard. Nobody I know tries to catch a stingray, but when you’re aiming for sharks on the bottom with a big chunk of cut-bait, your chances of hooking into a stingray are pretty good. I was kayak fishing with my friend Dave over in Clearwater in one of the deepwater channels and I hooked into something that was smoothly pulling our kayak around for twenty minutes. When I finally landed it (I had to go to land to pull it up and remove the hook with pliers, the thing was 3 feet in diameter. It was pulling almost as hard as a shark. I was hoping I’d hooked into a big amberjack, but when I felt the weird pulling sensation, I knew it was a ray.

Yes! King mackerel fight very hard! Hooking into a king mackerel is like connecting with an underwater missile. In a couple of seconds your reel may lose 50 to 100 meters of line! If your drag wasn’t set correctly you may break a pole, lose a rod and reel, snap a line, bend a hook, and lose an amazing fish. King Mackerel are like barracuda, fast and furious. They fight hard and they are one of the most fun fish to catch in Florida. If you get a chance, you’ve gotta go try to catch some king macks.

For a short time, sure, the Spanish Macks can give a nice fight for a few minutes and give you some sort of thrill. They’re not great tasting, so most people don’t target them often. I certainly never did.

Yes! All jacks are very strong, and built for speed and power. The big jacks can give a heck of a fight that can last for an hour. Giant Trevally are especially big and can provide a night of entertainment if you’re lucky enough to hook into one going over 100 lbs. When I was in Hawaii we had jacks that were often over 100 lbs. Not great eating at that size, but the fight doesn’t get better from shore.

Mahi are capable of explosive bursts of speed when first hooked that will strip line from your reel like a king mackerel. Usually the run isn’t nearly as long as a king mack will run, but it’s quite exciting nonetheless! Mahi fight hard but not nearly as long or as powerfully as a big King, Tuna, Barracuda, or Shark.