Fishing Stories – I Take 8 Year Old Fishing (He Takes a Year Off My Life!) 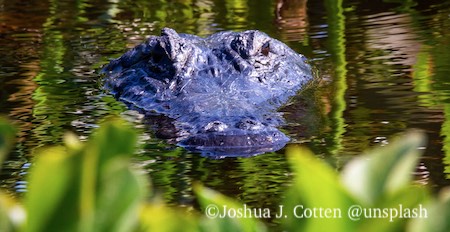 Something I don’t think I ever mentioned on this blog is that I was a Big Brother in Tampa, Florida for almost four years. This was while I was going though my BA and MA programs in psychology.

One thing I loved to do was take the kids fishing at lakes, rivers, and fishing piers. I don’t have any photos of us doing those activities because we really weren’t supposed to take photos due to privacy concerns.

Recently I found one boy I was a Big Brother to living in Panama City, Florida. He grew up for part of his life there in the panhandle and I guess he missed it and returned.

His 16 year old sister killed herself when he was 21, and his mom moved across the state to around Ft. Lauderdale.

Watch the VIDEO here. I just read through this story so you can drive, or do something else and just listen. Or, continue to read below.

I’ll call him Tim. Tim was physically and sexually abused by his mother’s boyfriend, so he really needed a male figure in his life that could provide a positive role model for him.

That was me. I figured fishing was about as positive as anything in life gets, so we fished a LOT.

I was able to take Tim for around 15 hours a week to do fun stuff away from his home. We played racquetball, tennis, rollerbladed, skateboarded, went to football games, and as I said, fished like crazy.

My favorite fishing outing with Tim was to drive up to Hillsborough River State Park up Fletcher Avenue in Tampa and rent a canoe to fish from.

The Hillsborough River started north of there and yet there were some good deep spots to catch fish. Problem was, there were alligators everywhere.

The good news was that the alligators pretty much ignored canoes. I don’t know why that is, but they would always duck out of the way when we were coming toward them.

Good for us I guess. Tim was always sitting in the front so I could paddle and steer the kayak while we fished.

We caught bowfin, gar, bass, and crappie from the canoe and it was always a good time. Even the time when Tim insisted he needed to pee NOW and we moved toward the side of the river so he could get off and go pee in the grass.

As we stuck the canoe in the weeds in the water so he could jump out he went way to fast and didn’t consider the boat rocking and he launched himself right into the alligator infested water.

Now we had scanned everywhere to make sure there were none around but still, that took a couple of months off my life expectancy and probably his too. He swam like mad for the bank and was up and peeing in no time.

That isn’t the incident I’m focusing on in this article, but it was worth mentioning.

Florida has a lot of wildlife that you have to be aware of. ESPECIALLY when a child is relying on you to keep him/her safe and sound.

One morning during summer when I picked up Tim for fishing I wanted to fish in a new area so we drove way up Fletcher road and found a stream running alongside the road.

I parked and we hiked a trail along the stream for probably a mile to get in there deep. The water was shallow, but we could see all kinds of fish in there so we were excited by the time we started fishing.

It was around 9:30 am. It was already warming up but the tree canopy kept the sun mostly off us. There was no breeze blowing but the birds were out chirping. Tim had a worm on the hook and was walking up the stream and dropping it in various places.

I tended to let him go a little bit to do his own thing to give him some sense of independence, but I kept what I thought was a consistent eye on him. I mean, what could get him here in the middle of the forest in the morning?

I was aware of mountain lions in the forest, and wild boars but I’d only ever seen wild boar or pigs one time while mountain biking on a forest trail and I did a lot of biking in the forest.

He yelled over to me that he’d found a good spot with a big fish in the water below. I told him to catch it if he could and let me know. I noticed he stopped walking around so my anxiety level went down another notch.

I began to relax a bit more and I focused a little more on taking photos of the stunning flora we were surrounded by.

I must have occupied myself for 10 minutes or so when I decided to walk up and see this ‘big fish’ he was trying get fishing with his worm. I figured we might have to try to catch a small bait fish to get the big fish he was after.

I got up to him and I could already see the fish in the water. A big gar around 3-4 feet long. It was down on the bottom in perfectly clear water with some water weeds moving with the current around it.

It was around 5 feet under the water and maybe 12-15 feet from us on the side of the stream. There were roots everywhere along the side so when I came closer to him I was looking at my feet and where to step.

It was THEN that I SAW IT.

There was a BIG VENOMOUS WATER MOCCASIN about 3-inches behind his right foot, just curled up and looking forward towards Tim’s foot.

I’m no stranger to snakes. You may have seen me mention the ThailandSnakes.com website somewhere on this blog before. I can catch cobras and any venomous snake without a problem now.

Back then when this happened I had NEVER caught a venomous snake, but I liked snakes and knew something about them. I knew this was a venomous water moccasin from photos I’d seen before.

I stepped back so the snake was between me and him and I thought for a second about the best way to go about this.

I figured if I tried to trap his neck with a stick, he’d strike out and maybe hit Tim.

Tim, don’t move OK? Not ANYTHING. JUST STAND RIGHT THERE.

Of course he immediately turned his entire upper body to look backward at me.

I didn’t want to tell him of the snake because he’d flip out and there was a good chance he’d step right on it.

I moved slowly over to his right side next to him. I twisted and picked him up forward out over the water and around, swinging him in a half-circle away from the dangerous snake.

I was so relieved. After a few “Holy Shi*s” and other fun words for 8 year olds to know, I showed him the snake. It was still resting there like nothing at all had happened.

What a LUCKY KID!!!! What a lucky Big Brother.

So, I think that was our last time fishing in the forest along a stream. Snakes are plentiful in Florida. While rollerblading we saw a little pigmy rattlesnake in the middle of the path. We looked at it and rode past it.

When we came back around the 7 mile loop, it was still there. I flicked it off the path with a stick. It was really beautiful… I’ll add a photo of one of those snakes below.

One time while driving in my truck a MASSIVE Eastern Diamondback Rattlesnake crossed the road in front of us. It was nearly as thick as my thigh!

So, be careful out there. It isn’t just sharks you have to worry about when fishing.

Oh, did you see my story about how I NEARLY KILLED MY GIRLFRIEND WHILE WADE-FISHING? It’s a good one if you haven’t seen it yet. It’s in the links below.