Fishing Stories – How I Almost Killed My Girlfriend Wade Fishing 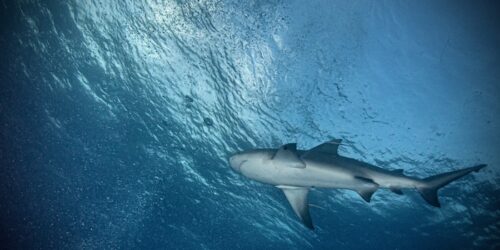 I was 33 years old, and I really should have known better.

The day was glorious already at 7 am. when I awoke to the sunshine streaming in my apartment window I’d left open all night.

Birds were chirping and cars were starting. Some residents had to work on Saturday. Not me, I had a day of fishing planned in one of my favorite spots. With my girlfriend.

Now, this wasn’t the first time I’d taken her wade-fishing, but it would certainly be the last.

I had meticulously planned our outing for success because I wanted her to enjoy fishing with me. I loved watching someone catch their first fish, whatever species it was.

It’s always a lot of fun to see their reactions and watch them marvel over the fact that they just pulled whatever it was from the depths of the ocean because they did something right.

I grabbed all my gear and an extra rod for her and threw it all in my trunk and drove twenty minutes to find her sitting out on her porch, waiting quietly so as not to wake up her family.

They obviously didn’t have to work on a Saturday until later, and they enjoyed their Saturday sleep-in.

Kim looked lovely, and she was excited about fishing I think, not just to see me. We didn’t get a whole lot of time together because she worked six days a week and always had something going on with her huge family.

I was attending school and working, so I also didn’t have much time.

We drove down to my favorite Speckled Trout fishing spot in Fort De Soto Park near the Sunshine Skyway fishing pier. It took only twenty more minutes to get there and the morning was just picture perfect.

I could picture the sun warming the water and the trout coming in close to warm up after a cool October night.

We parked and put our running shoes on so we could avoid the sharp barbs on the tails of stingrays under the sand and silt. I had my foot ripped open by one a couple of years before and it’s something that I NEVER wanted to repeat, or see happen to anyone.

The ocean was glass and we could see every disturbance on the water that meant shrimp, fish, or even bubbles coming to the surface. It was that calm. We walked a hundred yards to the spot where we entered the water.

It was all sand here, leading out to deeper water and some grass flats that the trout loved as cover.

We shuffled our feet just like we were supposed to and we surprised two stingrays who quickly found other rest areas.

We walked out to about waist deep for me and chest deep for Kim. I put the shrimp on her line for her and showed her how to toss it out using the spinning reel. She had already practiced from the pier a couple of weeks before, so she quickly got the hang of it.

On my first cast, I had a fifteen-inch Speckled Trout. I love the scales and skin of this fish, the dark spots contrast harshly with the bright reflective silvery scales. They’re beautiful fish to look at!

I can’t recall what the legal limit was at that time, but it was a keeper and I put it on the stringer I had tied to my bait bucket with the shrimp aerator on it and dropped the fish in the water.

In half an hour we had three more trout to add to the stringer and I was tired of having so many things attached to me as I fished. I figured Kim could at least hold something.

I walked back to her. She was in breast-deep water and seemed comfortable enough. There was no tide pull so she felt fine.

I didn’t know what to give her, so I grabbed the stringer line and made a noose for around her neck. The line was long, so it wasn’t hanging off her neck, the fish were on the sandy bottom, so there was no weight pulling on her neck.

I went back to fishing in the deeper water and I was in up to my shoulders while she was a few yards behind me up to her chest.

The trout were in about 8 feet of water just 20 feet ahead of me so it was pretty ideal.

We were trying to get one more fish so we’d have some to give her family for dinner too. I had just cast my shrimp out when I heard a weird sound from behind me and then I felt a very hard bump on my thigh that almost knocked me off my feet.

A split second afterward I felt Kim slam into me from behind. She then passed me and was pulled out into deeper water.

My WTF moment lasted about a second as I realized there was a big shark that just grabbed our trout and was pulling my beloved into a deep channel where she’d surely drown quickly. She wasn’t much of a swimmer!

I remember seeing her frantic face looking at me as she passed me, clawing at her neck to remove the stringer line, which was a plastic rope-like thing.

I caught her shirt and held on as we both worked as fast as we could to get the noose from around her neck and over her head. We did it quickly and the shark just kept going with its free meal.

Kim was shaken pretty badly and I was dumbfounded. I didn’t know a shark would come in that close. I figured the worst we’d have to deal with would be a crab pulling on the trout!

Kim fished from shore for another hour and I fished up to my waist, thinking, well that won’t happen again. I’m safe.

I didn’t know if I was safe or not, but I wasn’t going to stop fishing because now I needed to get four more trout!

Kim never wade-fished with me again. She made sure to tell everyone we ever fished with after that point that I put the stringer rope around her neck to get rid of her and it didn’t work.

It was a harsh lesson learned. Sometimes even the most perfect days can turn into tragedy! Be careful out there. Keep your stringers the hell out of the water while you wade fish!

I wonder what kind of shark it was, there’s no telling. Maybe a bull shark. They’re common in that area!

Every time I’m wade fishing I think back to the time when I almost lost my girlfriend due to a really stupid mistake. Can you imagine if she actually died from it?

PS: That probably isn’t my girlfriend in the picture! (but it should be)